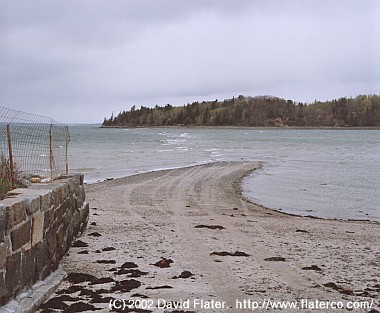 Available ports (and non-ports) for other platforms

Increasingly, the first option on non-Unix platforms is to build XTide in a Linux virtual machine (VM) or a Linux environment that runs as an emulation layer, but native apps are often preferred.

If a program is derived from XTide source code, I call it a port, even if there are significant changes, code added and code deleted.  If a program contains no XTide source code but can use the same harmonics files that some version of XTide did, I call it a non-port.  These are only listed if there is no good port to a given platform.  This is not an attempt to track all tide-predicting software, only that with some commonality with XTide.  Better software having nothing to do with XTide may be available, but is not listed here.

These programs are all maintained by different people.  They may be significantly different from XTide 2 as documented here.  If you have problems with a port or non-port, please contact the correct maintainer.  I cannot help with anything but the canonical Unix distribution.

The Linux subsystem for Windows that is known as the Windows Subsystem for Linux (WSL) is a supported Linux VM that may be easier to set up and use than a general-purpose VM.

For a compromise between a VM and a native port, there's Cygwin, an emulated Unix environment that is free for typical non-commercial users.  Notes for building under Cygwin are included in the separate FunkyBuilds package available from https://flaterco.com/xtide/files.html#FunkyBuilds.

A native Windows binary for the command-line client tide is available under contrib files and the build scripts are included in FunkyBuilds.

The following native ports of the graphical client were done:

A 32-bit DJGPP binary for the command-line client tide is available under contrib files and the build scripts are included in FunkyBuilds.

From http://maemo.org/intro/:  "Maemo is a software platform that is mostly based on open source code and powers mobile devices such as the Nokia N810 Internet Tablet.  Maemo platform has been developed by Nokia in collaboration with many open source projects such as the Linux kernel, Debian, GNOME, and many more."

GTKTide by Mike Morrison is a fork of XTide 2.10 and libtcd with a GTK-based user interface, intended for use with Maemo.  As of 2009-03-04, the last revision was in 2008-11 (source revision trunk-r7).  GTKTide is available from http://maemo.org/downloads/product/OS2008/gtktide/.

GTKTide can be compiled and run under desktop Linux, though not necessarily with ease.  Under Slackware 12.2, the build scripts did not configure dependencies correctly, and it took a long line of CPPFLAGS and LDFLAGS to make it go.

The GTK interface performs well for the common use case of viewing the tide graph for a specified location, but the controls needed to engage other modes of operation and to tweak XTide settings are absent.